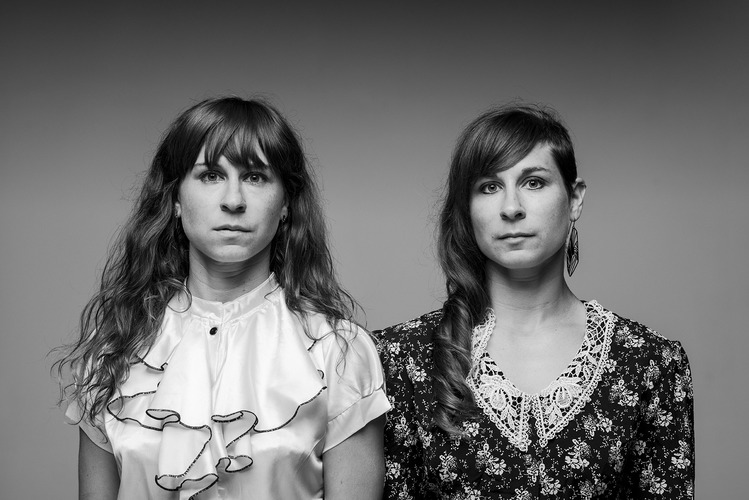 Junk Ensemble was founded by twin sisters and Artistic Directors Megan Kennedy and Jessica Kennedy. Based in Dublin, the company exists to engage diverse audiences through the creation and presentation of brave, imaginative and accessible dance-theatre work that sheds light on important human issues relevant to society today. Previous Artists-in-Residence at The Tate and Firkin Crane in Cork, the multi-award winning company have built a reputation in Ireland as dance innovators. Junk Ensemble frequently collaborate with artists from other disciplines to produce a rich mix of visual and performance styles that challenge the traditional audience/performer relationship. This approach has led to productions being created in non-traditional or found spaces as well as more conventional theatre spaces. The company often work directly with communities in the creation and performance of their work. Their work has toured to New York, Europe, and throughout the UK and Ireland. Junk Ensemble are current Artists-in-Residence at RUA RED and Project Artists at Project Arts Centre. 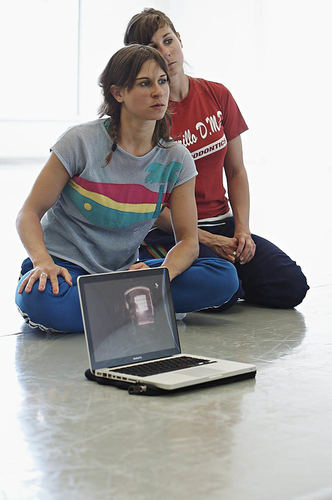 Jessica Kennedy trained in the United States, Dublin and London, completing a Bachelors Degree in Dance Performance & English Literature in London and a Photography Diploma at Dun Laoghaire College of Art & Design. She has performed extensively with dance and theatre companies throughout Europe and the UK including Blast Theory (UK) Retina Dance Company (UK), Tanz Lange (Germany), Firefly Productions (Belgium), Storytelling Unplugged (Romania). In Ireland she collaborates regularly with Brokentalkers (Circus Animals' Desertion, The Blue Boy, Frequency 783, In Real Time, On This One Night) and has performed in productions with The Abbey Theatre, The Ark and The Pavilion Theatre. Jessica co-created the award-winning and internationally acclaimed short film Motion Sickness in 2012, which has screened across 30 festivals worldwide, and has choreographed for and performed in numerous film, theatre and opera work. Other film credits include 6SKIN (Alice Maher & Aideen Barry 2018), Five Letters to the Stranger Who Will Dissect My Brain (Tyrella Films 2018), Oiche Nollaig na mBan (TG4/Oonagh Kearney 2016), The Wake (Invisible Thread Films/Oonagh Kearney 2013), Turning (Highly Stimulating Productions 2013), Dance Emergency (TG4 2013), Wonder House (Oonagh Kearney 2012) and Her Mother’s Daughters (RTÉ 2010). Other choreographic credits include Scotties (Theatre Gu Leor, Glasgow 2018), Off Kilter (Tron Theatre Glasgow/Ramesh Meyyappan 2017), the creation of Songs from a Car Park (2014) and Nixon in China (Wide Open Opera 2014). Jessica has lectured at various universities and also performs in the band EVERYTHING SHOOK. She was awarded Best Female Performer for Dublin Fringe Festival 2006. Jessica was Dance Artist in Residence at RUA RED Arts Centre 2012-13.


Gwen Van Spijk - Producer for Junk Ensemble
Gwen is a Producer, Consultant, Trainer and Mentor working across the full breadth of the live performance sector. After working in the commercial sector in the USA and UK, Gwen moved into arts management. She was Administrative Director for Motionhouse Dance Theatre 1992 - 1997 after which she embarked on a career as an independent working with artists including: Russell Maliphant, Carol Brown, Rosemary Butcher and Nigel Charnock as their manager and project and/or tour producer. Gwen currently has ongoing roles as Executive Director of Lone Twin for whom she produced The Boat Project, one of the highlights of the 2012 Cultural Olympiad; as Producer for New Art Club; and since Sept 2017 she has been working in a Producer role with Junk Ensemble.
To complement her work as a producer Gwen has undertaken consultancy projects for clients including: Marketing Gloucester, Arts Council England, Arts Council of Wales and South East Dance; fulfilled advisory strategic and business development work for Company Chameleon, Wired Aerial Theatre and Yorke Dance Project; delivered training in arts management; and lectured on cultural policy and management at the Universities of Falmouth, Surrey and Coventry.
Gwen is currently Chair of the Board of Trustees of the Mill Arts Centre and has previously held the post of Chair of the Board for Dance 4 (1998 – 2005) and also Stan’s Café Theatre (1999 - 2005).